Ulaanbaatar, Mongolia. The Press Institute of Mongolia and Deutsche Welle Akademie jointly announced the winners of the first Mongolian Investigative Journalism competition. The goal of the contest was “to promote investigative journalism in Mongolia, to advocate international standard methods for investigative reporting, and to improve the role of Media governance”.

Munkhmandakh.M, Executive director of Press Instittute of Mongolia “If we can deliver to the public more investigative stories, we can develop our democracy and improve media pluralism. This year, not all submissions are investigative journalism. Some journalists sent us an interview, news or historical documentary. I noted that Mongolian journalists should do deeply on research to be considered ‘investigative’”.

Marcus Lindemann “We had five stories that showed that there are Mongolian journalists who are brave enough to take on hot and sensitive topics and who also showed that they are willing to put a lot of effort and time in their investigations. That is a good start for a competition and shows that there is a potential in Mongolia.”

The contest winner was Bolortuya Uuganbayar, who works for Eagle News TV. She investigated abuse of deaf and hearing impaired students in Ulaanbaatar. Her story “Silent Screaming” was broadcast in April, 2017.

Mark Lee Hunter said of her investigation “As a judge in this award competition, I believe that we should reward work that meets international standards. The winning story, "Silent Screaming", on the subject of a school for deaf children, met those standards. The story clearly set out the problems faced by students at the school, and documented those problems in heartbreaking detail. All charges made in the story were backed by multiple sources, including documents and personal testimony. Targets of the investigation and higher-ups in the school system, were given a chance to defend themselves, and failed. The story was characterized by great precision, giving it power and plausibility. Finally, the story clearly suggested how at least some of the problems might be fixed.”

Fellow judge Marcus Lindemann added “The documentary is especially strong because the journalist was really working hard to fulfil ethical standards of journalism: seeking the truth and deal fairly with the victims, while being open to contrary evidence and finally giving space to those who are accused and criticised.”

Here is link to the investigation “Silent Screaming”: https://www.youtube.com/watch?v=3uoRbLtLrrk&t=461s

After initially planning to announce only one winner, during the judging process our team chose to recognize the work of two additional investigative pieces as joint recipients of the second place prize. These were “G-Time: Investigative report of the reality of pyramid schemes” which was covered by Eagle News TV’s journalist Battsetseg Batzorig and The Fact and investigation team of the Mongolian National Broadcasting radio’s “Rejected Heart” story. Both stories were broadcast in 2017.

Mark Lee Hunter said of the two second prizes: “The story “G-Time” details a classic pyramid scheme precisely and expertly; the outlines of these plans are well known, but the clarity of the explanation surely came as a revelation to Mongols who were never confronted with such schemes before. Of equal value are the reporters' encounters with officials who plainly underestimated the scope of the schemes and the damage they caused. It is a safe bet that these encounters were followed by official action that made it more difficult for the criminals to continue their frauds. The story was noteworthy for the way that officials were confronted and forced to justify their inaction, after reporters had carefully documented the extent and effects of the scandal.”

Here is link to “G-Time: Investigative report of the reality of pyramid schemes”: https://www.youtube.com/watch?v=CQNN64QcWBA.

Also, Mark Lee Hunter said of “Rejected Heart”: “A story about sexual abuse within families in Mongolia, "The Rejected Heart", succeeds in staying close to the victim, and showing the entire world around her. Sexual violence is a problem in every society, and so is incest; no matter how many institutions are involved, it keeps happening. I wish there were some evidence of the true scope of the problem in Mongolia, and whether it is getting worse. This is a serious flaw in the story; official statistics are taken as final. Nonetheless, the fact that the authors broke a taboo in revealing this subject underlines its importance.”

Furthermore, the judges noted another two stories which involved deep research. The Undesniishuudan daily newspaper’s journalist Enkhmart, B. reported pollution of the Orkhon River in a series of newspaper articles. She followed the topic over one year and she found great sources for the issue. Her investigative story was published between September 2016 and April 2017.

The Daily newspaper’s journalist Khurelbaatar, S. covered the relationship between medical supplier "Setunari", alongside subsidiary "Bona Vita", and the Ministry of Health and hospital managers to disburse billions from the state budget. The story was published on April 2017. "The history of Setunari’s monopoly in the field of diagnostics and reagents supply" addresses a true and urgent subject. Health systems are very often open doors to corruption, because they are among the biggest public expenditures. However, judges noted the story could have been better documented. It relies largely on anonymous sources. Particularly absent were documents outlining the markup in price of the reagents,  a core allegation of the investigation. Moreover, the purchases described must be the object of tender offers, which are also public documents. This story exemplifies the transition from news reporting, which is usually based on human sources, to investigative work. Had it been better documented, it would have been a clear contender for first place.

Marcus Lindemann said of the contest “We hope that the prizes awarded will encourage those nominated and other journalists to go for investigative projects. Moreover the new Mongolian Center for Investigative Journalism together with the Press Institute will help those journalists who are interested with trainings, material and (international) contacts. The latter is of important help when it comes to topics like offshore accounts or multinational companies.” 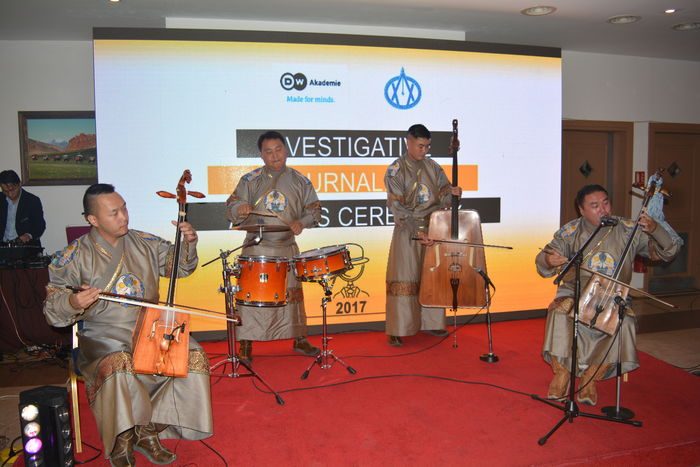 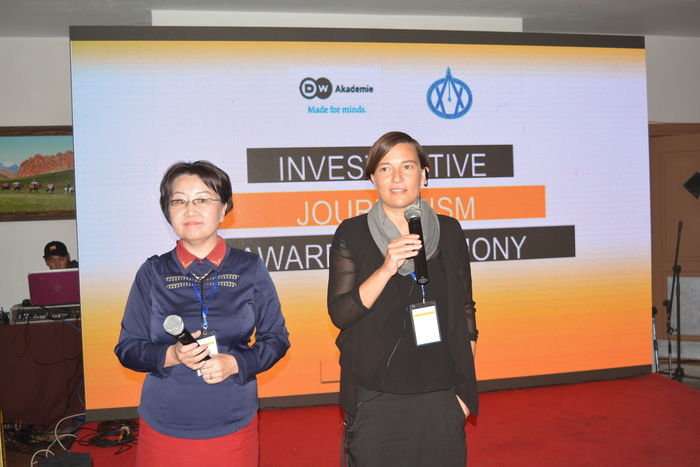 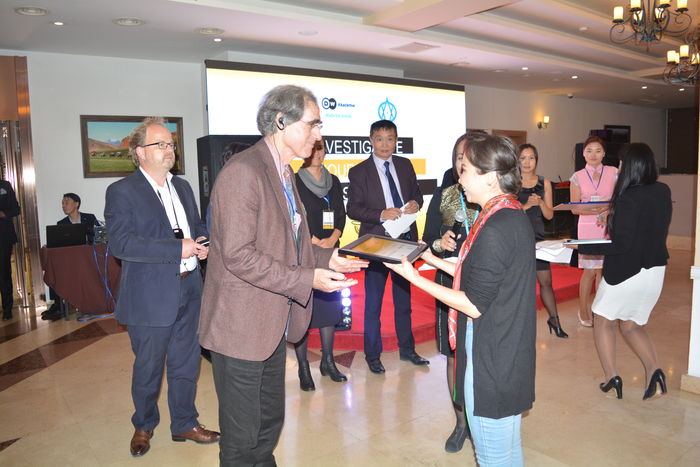 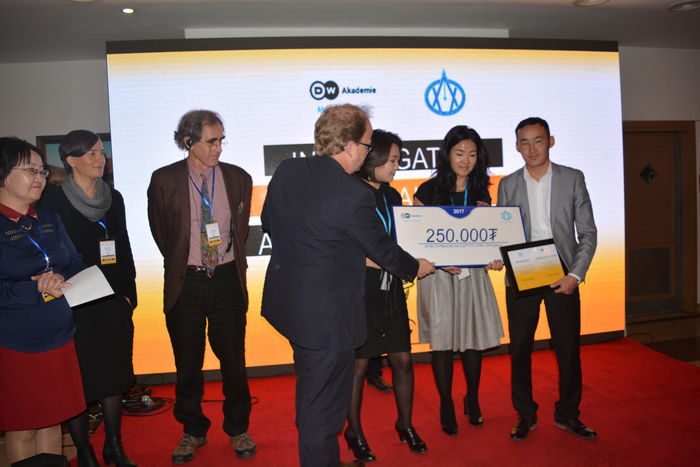 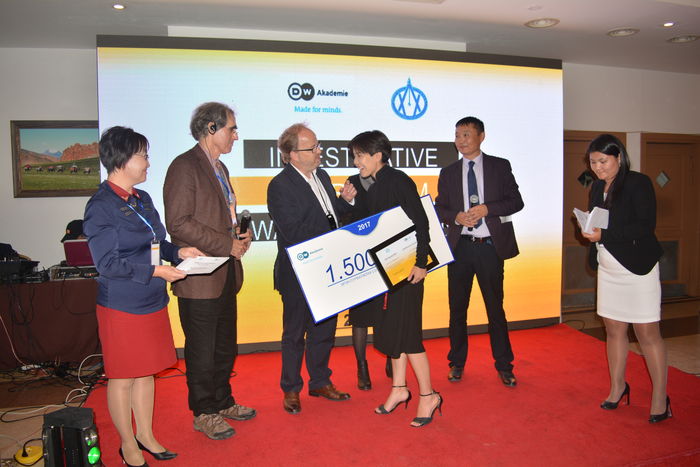 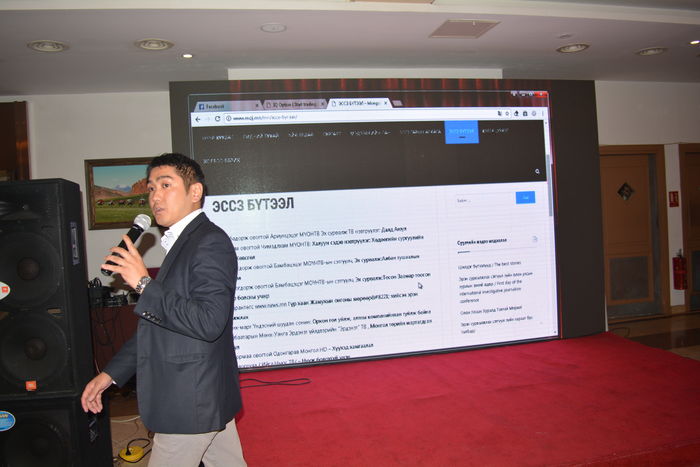